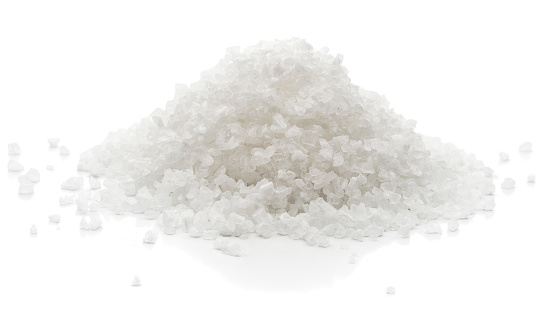 Living in India, you must have heard of the term, ‘Sendha Namak’ which is an Indian name for rock salt. This rock salt is the result of evaporation of the salt water from the lake or sea leaving behind the residue of sodium chloride.

Also known by the names saindhava, halite, or lavana, rock salt is of much significance in the Indian Hindu culture as it is the only salt used while doing religious fasting.

What is rock salt?

Himalayan rock salt is an eminent variety of the same. The Himalayan pink salt is the most common variety found and used widely.

Originating from the ancient Ayurveda, sendha namak or rock salt has a great significance in the Indian Hindu culture carving its position into the medicinal uses giving out various health benefits too.

Rock salt is claimed to benefit individuals for good eyesight, treating cough and cold, and even maintaining good stomach health. Well, now if you seem to wonder if these claims are legitimate and backed by science or not, we have curated a list of benefits availed from the rock salt.

Salt and sodium are often thought to be the same thing when the reality is totally different. We have learned in our elementary grade that all salts constitute sodium. But, the fact that sodium is only a part of the salt crystal is not known by many. Because of the chloride compounds, it contains, table salt is also known as sodium chloride. Both of these minerals are essential for good health.

Rock salt is inclusive of certain minerals like cobalt, zinc, manganese, nickel, iron, and copper. The hues found in the rock salt are a result of these minerals only. However, these nutrients are present in just trace amounts and thus, rock salt shall not be considered a primary source for these minerals.

It is an inevitable fact that too much salt can harm your body pretty much. But, what we often forget is that too little sodium can also affect the body in a bad manner. And, ad mentioned earlier, not all salts have an adequate amount of sodium.

Too little sodium can lead to poor sleep, mental issues, seizures, and convulsions, as well as coma and death in severe situations. Low sodium levels have also been associated with falls, shakiness, and focus problems. With rock salt in your regular diet, you can get rid of these possible health hazards.

Even a little amount of rock salt in your daily food can help maintain the optimum level of sodium in your body.

Too tired of the frequent muscle cramps in your body? Well, maybe it is time to change the salt in your kitchen. Salt and electrolytes are significant for the optimum functioning of nerves and muscles. Lacking potassium in your body can lead to severe cramping of muscles.

Rock salt possesses various electrolytes and thus it can help relieve muscle cramps ad ain of the body effectively. While electrolytes lessen your muscles’ sensitivity to cramps, they don’t always avoid cramps, according to some human studies.

Furthermore, a new study suggests that electrolytes and water may not have as big of an impact on muscular cramps as previously thought.

In ancient Ayurvedic methods, rock salt was utilized as a natural cure for stomach worms, indigestion, bloating, constipation, upset stomach, and nausea, among other digestive issues. However, there is a scarcity of scientific studies on many of these applications.

It’s worth mentioning, though, that rock salts are widely used in lassi, an Indian yogurt drink. Several studies have found that yogurt can help with a variety of digestive issues, including constipation, diarrhea, bacterial infections, and even allergies.

We are told to gargle with saltwater on showing the slightest symptoms of sore throat or cough. This comes from the ancient Ayurvedic practices. Sendha namak or rock salt is a highly effective remedy for sore throat and other oral ailments.

It is not only research approved, but also has a green flag from the American Cancer Society.

Coming from Ayurveda again, rock salt has been linked to the betterment and rejuvenation of the skin tissues. Not just this, it is also known to cleanse and strengthen skin tissues. Research shows that fluids and electrolytes may help with dermatitis.

In addition, a 6-week trial indicated that soaking in a magnesium solution containing 5% Dead Sea salt for 15 minutes every day decreased skin roughness and redness while improving skin moisture considerably. Because the chemical makeup of sea salt and rock salt is quite similar, sendha namak may give similar advantages.

From its use and significance stated in ancient Ayurveda scripts and studies, rock salt turns out to be a strong candidate to be put up here in our blog. It has certain intriguing health benefits that should reach out to the fitness and health-conscious populace.

Hence, with this article, we hope we helped add another candidate to the healthy facts list.

Black Salt Or White Salt: Which one is Perfect Health Partner