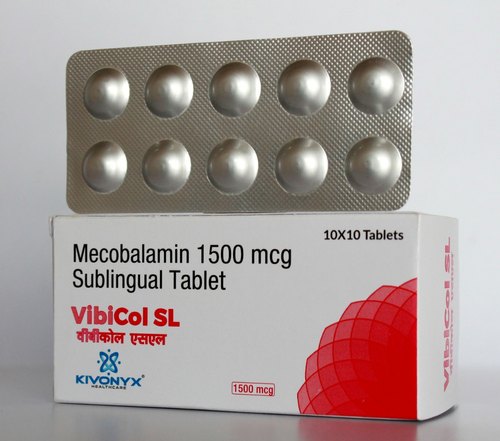 Methylcobalamin is essentially the activated form of vitamin B12. Vitamin B12 is responsible for producing a substance called myelin, which is the covering of neurons. This covering apparently is a fiber that protects the neurons from damage. Myelin sheath development is majorly dependent on methylcobalamin.

Unless there’s adequate B12 methylcobalamin, myelin cannot be produced properly. Peripheral neuropathy, amyotrophic lateral sclerosis, diabetic neuropathy are all treated by this derivative of Vitamin B12.

Before we hope onto the requisites to keep in mind while taking methylcobalamin, we need to make sure that you ate aware of the precautions to be taken beforehand.

Before beginning the course of Methylcobalamin, you just consult your doctor. It is imperative that all potential threats be analysed and eliminated on time. Methylcobalamin is anticipated to contain certain inactivated compounds that can cause serious allergic reactions among some people. Thus, make sure you check out the signs beforehand.

If you have a medical history with the following health conditions, do consult a physician before starting methylcobalamin.

How you should take Methylcobalamin:

The administration of methylcobalamin injection can be learned by being a professional do it. You may ask your physician to administer a dose of methylcobalamin to you and learn the basics of the same. Once you have precisely understood the process, you may try it on your own the next time. Make sure all the potential threats are told to you by the doctor.

Ensure that the instructions that your physician or pharmacist gives you are understood completely. You cannot take risks with such a drug that has a high possibility of causing side effects and reactions on your body.

As for the tablet, it has to be dissolved in the mouth without being chewed. The sublingual tablet is mounted under the tongue. This helps the tablet to restore the levels of Vitamin B12 in your blood.

Missing a dose or two of methylcobalamin is not troublesome. It is okay if you’ve skipped a dose or two from the routine. But, remember if you’re on medication, you should be careful of the doses being on time. It might cause serious trouble.

As you miss a dose while being on a particular medication, an abrupt chemical change will lead to complications in the body. If somehow you have kissed the does, consult your doctor immediately and take the prescribed medicine forthwith.

Methylcobalamin is not very difficult to store. You just need to ensure that certain instructions are followed and you’re good to go. Direct heat, sunlight, or air can cause alterations in the chemical. Also, the medicine must be kept out of reach of children. Room temperature, that is a temperature around 20°C to 25°C is apt for the medicine to be stored.

Make sure you carry your medicine with you while you travel to avoid immediate emergencies.

Methylcobalamin, since it is a natural substance, is set to be the most bioavailable form of Vitamin B12 and thus is preferred more.

Side effects of Methylcobalamin:

As much as it is beneficial for patients with Vitamin B12 deficiency, Methylcobalamin also has certainly tested side effects. The common ones are mentioned below:

Methylcobalamin is a great supplement for people with Vitamin B12 deficiency. It has proven to be better than the chemical variant, Cyanocobalamin over time. It is advised that the doctor be consulted before starting the dose of methylcobalamin. Also, take necessary precautions.

Fungal Acne: How to get rid from this

8 thoughts on “Methylcobalamin: Miracle Dose of Beneficial Vitamin B12”